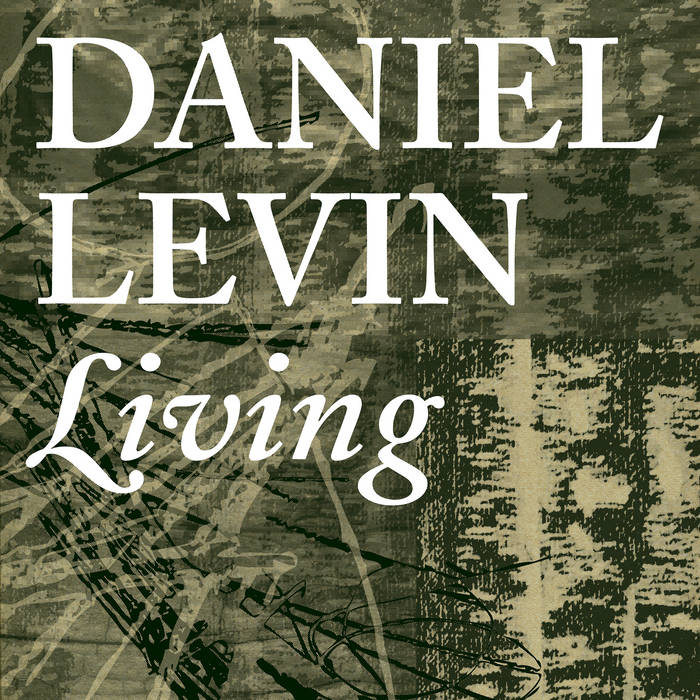 “One of the outstanding cellists working in the vanguard arena.” (All About Jazz)

“The man to watch.” (Penguin Guide to Jazz)

On his second solo album, Living (Smeraldina-Rima, release date: September 15th), cellist-composer Daniel Levin explores a unique creative and psychological environment. In creating it, Levin explains, “I imagined that I had hiked deep into a forest, where nobody was around for a hundred miles, pitched a tent, and went to sleep. Emerging from the tent the next morning, in complete solitude, I decided to make little ritual sculptures out of leaves, twigs, and rocks. Make them and destroy them, and then make some more, little sculptures to please only myself.”

It’s a radical departure from his previous unaccompanied music, documented on his 2011 Clean Feed CD, Inner Landscape. “Not long after I started to improvise,” Levin explains, “I became very interested in producing an entire set of original improvised music, using just the cello. This was incredibly daunting to me for a long time, and it took me until about 2009 to be able to somewhat consistently produce completely improvised solo material that I thought could stand on its own. At the time, I seemed to be unable to produce anything even approaching convincing solo music, unless I was in front of an audience. In order to make the music strong, I needed the excitement and fear and adrenaline that I felt when I was creating music in real time in a performance setting. This is how my solo music was produced and functioned for a while.

“Then, about 3 years ago, a new concept for the solo music began to emerge,” Levin continues. “This way of creating actually required that the live audience be taken out of the equation altogether. The trick for me in documenting this was to be able to establish and then really sustain that kind of creative and psychological space in the recording studio.”

His new approach to solo playing produces an album of quiet intensity as he molds his vast vocabulary of sound into fascinating shapes that reveal surprises at every turn. Living employs nearly every conceivable sound available using a cello. It exists along the full continuum of possible timbres, from scratches and scrapes with no identifiable pitch to lyrical bowed melodies. Ideas appear as kinetic sculptures related to one another in intimate and varied ways, sometimes contrapuntally, sometimes through juxtaposition or opposition, either repeated or as isolated events. Living is the soundtrack of a sonic sculptor at work alone in his workshop.

Daniel Levin “invokes all manner of musics with prodigious skill: jazz, classical, improv, noise, vocal chorus. His technique is unquestioned and he revels in the physicality of the instrument,” according to the New York City Jazz Record. Born in Burlington, Vermont, Levin began playing the cello at the age of six. In 2001, he graduated with a degree in Jazz Studies from the New England Conservatory of Music and arrived on New York City jazz scene shortly thereafter. Ed Hazell noted upon release of Levin’s first record as a leader, “Cellist Daniel Levin is a major new voice on his instrument and in improvised music.” Since then, Daniel has continued to develop his own unique voice as a cellist, improviser, and composer. He has performed and/or recorded with Billy Bang, Borah Bergman, Tim Berne, Anthony Braxton, Gerald Cleaver, Andrew Cyrille, Mark Dresser, Ingebrigt Håker Flaten, Tony Malaby, Mat Maneri, Joe Morris, Joe McPhee, William Parker, Ivo Perelman, Warren Smith, Ken Vandermark, and many others. A recipient of a Jerome Foundation award, he has released more than 20 albums as a leader or co-leader on labels such as Clean Feed, HatOLOGY, Not Two, Trost, Riti, and others.

“Living is a major milestone for me in my development as an improviser and artist,” Levin says. It is also a new landmark in the landscape of improvised cello.

Bandcamp Daily  your guide to the world of Bandcamp